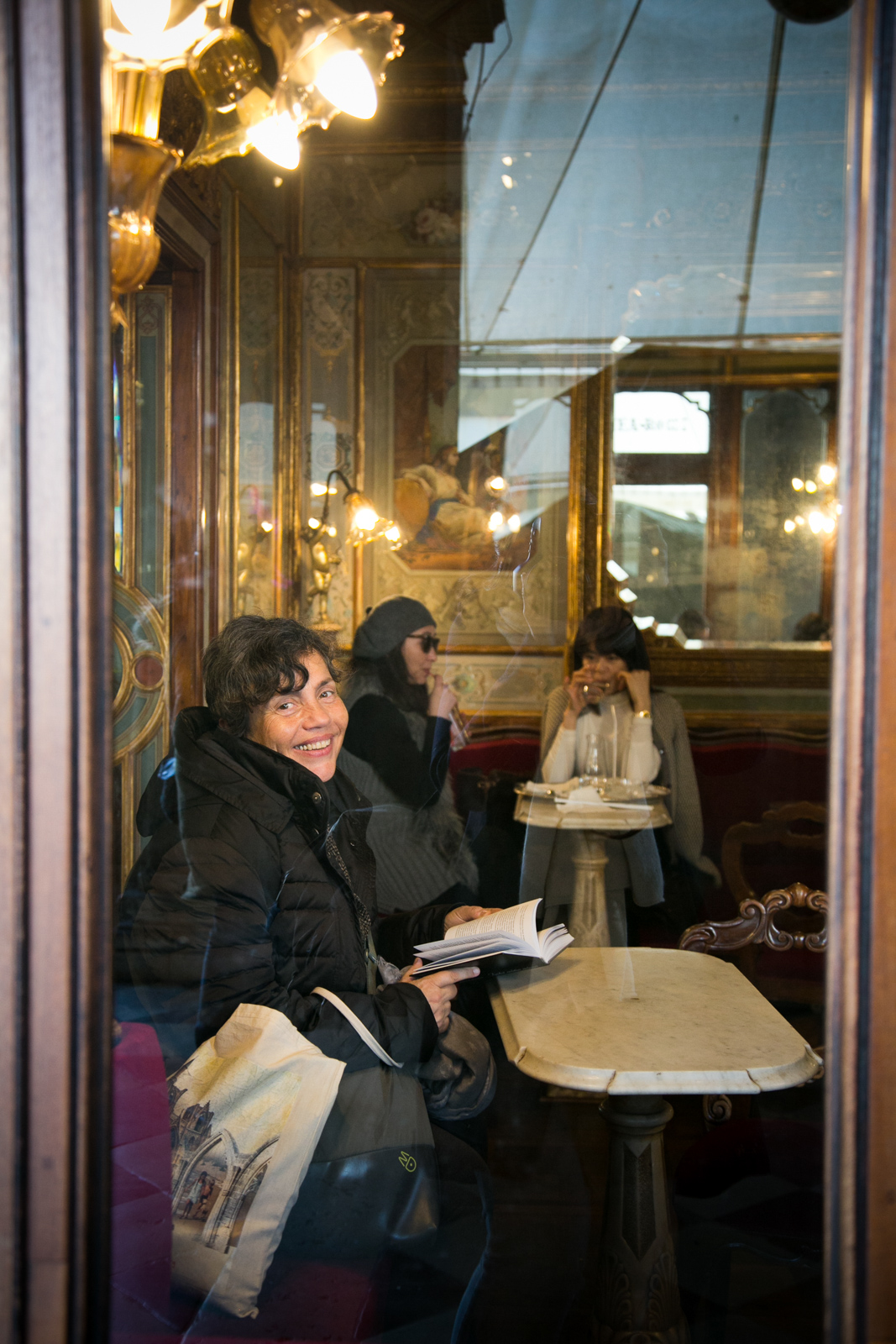 Venice, the moon and you.

Venice, the moon and you is a very famous song extremely popular when I was a little girl. Today I dedicate it to you. By that time I was a curious little resident of the Venetian terraferma (mainland).

My father used to be a commuter from Mestre to Venice and viceversa. I have become a commuter as a young adult, when I started attending my State University named Ca’ Foscari based in Venice. I graduated in Foreign Languages and Literatures.

I have been working as a licensed tourist guide in Venice and I simply adore my job. I speak fluent English, Russian and Italian, which is my mother language.

I love Mestre, too. It is like a black duck if compared to the historical Venice. In the past Mestre was compared to a small Versailles because of so many villas in its centre. Because of a harsh development many interesting places were distroyed in the sixties.

It is my home and with time it has become better. The majority of the Venetians are actually based on the mainland.

When I was a student I showed Venice around to many friends of mine who kept visiting me from various countries in the world, as Venice is like a magnet and makes people dream.

As a teenager I got lost many times with my friends, but it was a nice game.

As a child I fed the pigeons on St. Mark’s Square, but now it is forbidden. I played on Attila’s seat in Torcello, I was amazed by the glass blowers in Murano, I listened with passion to the gondoliers’ songs.

I could repeatedly see the most crowded places of Venice such as the Grand Canal or the Lido, but also St. George’s island or the Ghetto in Cannaregio or the Giudecca. But the best activity for me was visiting my mother’s aunty Maria near Santa Maria della Salute, a real authority in terms of Venetian traditions. 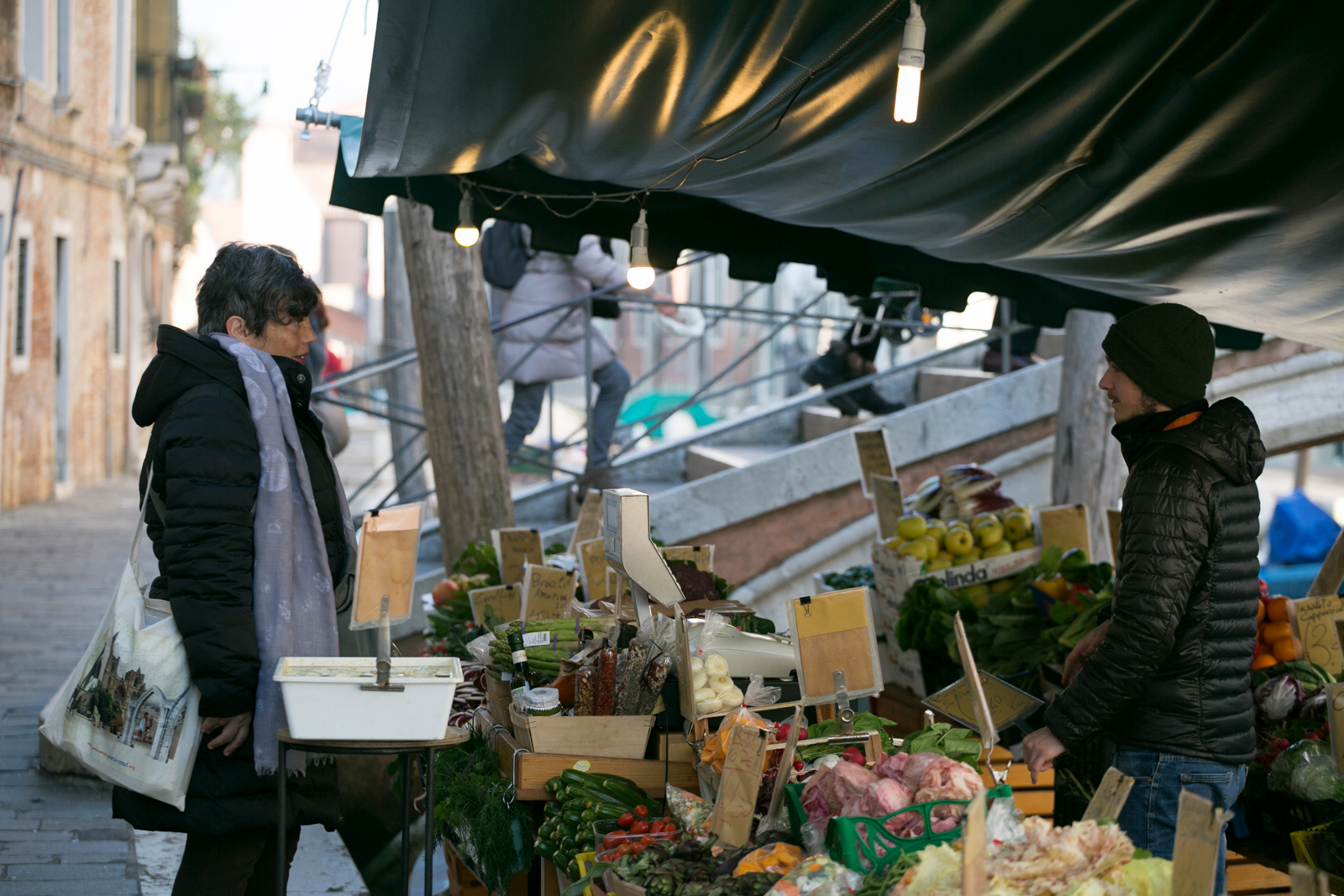 I could feel that this city occupies a special place in my heart when I went away for my former job as a translator. I constantly looked forward to coming back. I deeply missed it. Coming back to visit friends or to watch a good film. And then it was time to go away. Is this a possible variation of Marco Polo’s syndrome?

I cannot row in the Venetian style, but I relly would like to start.

I do not like driving cars. I love going to the mountains and the Garda lake. I love travelling and I love music.

The sound dimension of Venice is unique and cannot be repeated like its stones, wood, water and silence, the colours and houses caracterizing it. The people love meeting outdoor, the ritual called ciacole (chats) is part of our lives every day. Here you can live in a relaxed way. 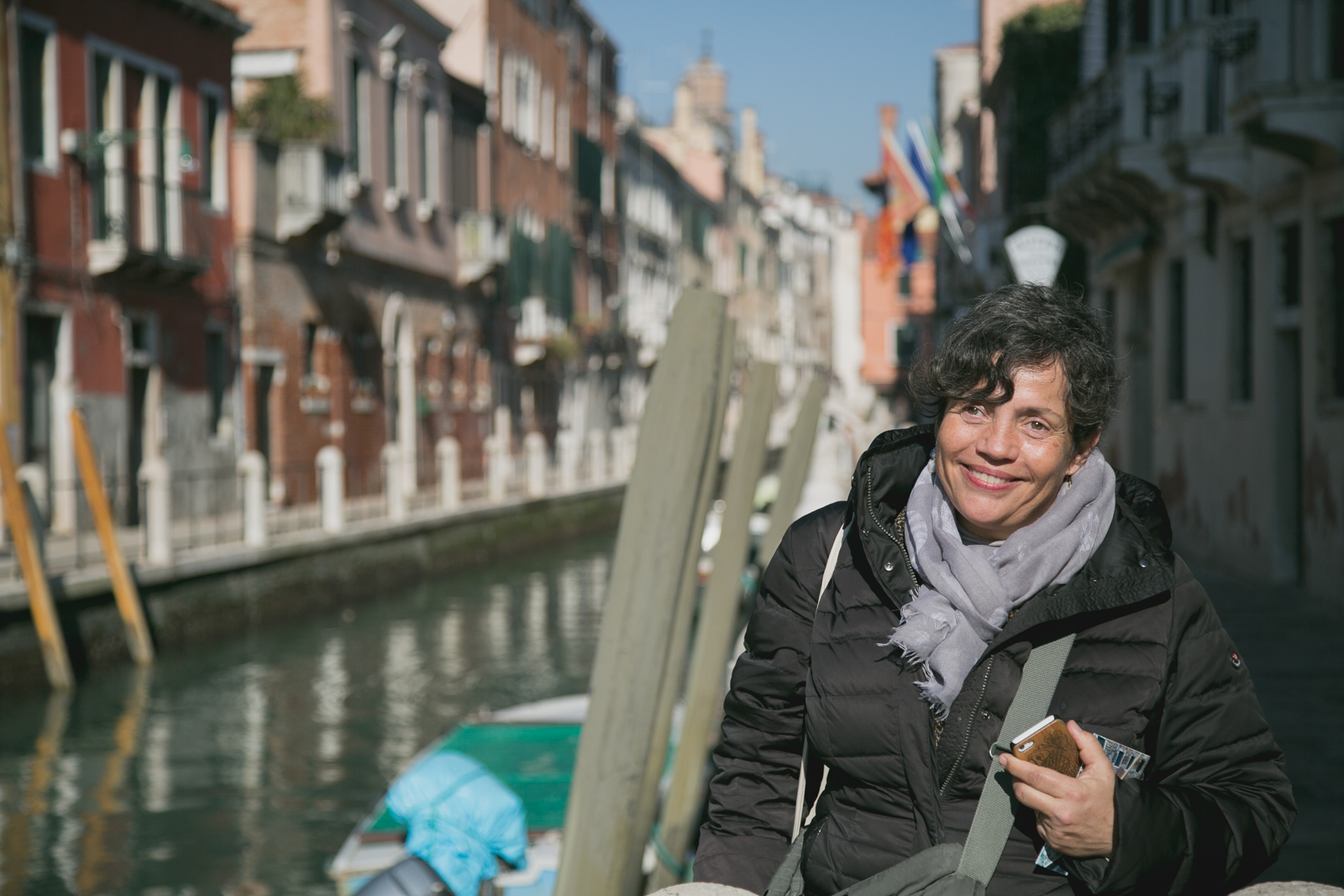 Venice can surprise you while you observe it. There is not a unique way to visit it. All our seasons give you different emotions, but I am in love with winter. There is more room and intimacy: no tourists at all.

It is instead sticky and humid in the summer, which is hard sometimes. The Venetians use their secret weapons to fight it. If the tourist do not act wisely, it can be hard for them. The mid seasons can be ideal if the weather is good, buti f it is windy or rainy you can always choose an indoor activity.

I wish you are sincere explorers and that you do not want to visit us very fastly and put a tick to say you were here.

I invite you to see Venice with the eyes of its residents that really love it. They would like Venice to be a real city, not only a theatrical stage.

Ask me for information, stories, anecdotes and I will try to please you and meet you with enthusiasm, competence and passion. In two hours it is possible following a guided tour which could include an historical and artistic description together with daily details to perceive the city in an authentic way as if you could feel yourselves friends of mine here.

By water taxi you can see the city from the water front.

You can enjoy a top service at a relatively fair rate.

Then it is important visiting the interiors: museums, palaces, houses, churches and our speaking stones or our gardens. It is also important meeting those Venetians who defend their craftsmen jobs which rendered Venice great in its past.

We can sip delicious drinks or go for cicchetti or I can give you delicious suggestions for meals.

You can ask for detailed tailor made tours with a certain advance. I can agree to visit with you temporary exhibits or suggest you other routes in the Veneto or in the so called other Venice in Croatia, on the other side of the Adriatic sea with the help of my local guides colleagues.